Archery with my Son: Why I Have to be Better! 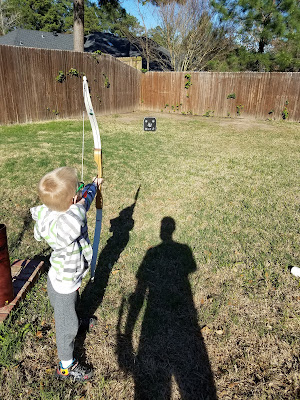 This past weekend, my son and I ventured into the wilds of my Father-in-Law's backyard.  He needed to practice, as last week he was off his game at his archery lesson.  It was time to get back on track.  We set up the target so we could avoid firing into the neighbors' yard if we had missed, though the wrath of Grandpa would be the most concerning if we hit his fence.

I brought my bow to shoot as well. I too needed practice. We lined up to shoot.  I shot first.  Not bad.  Then my son shot....And for the second time we have done our "First Shot Competition", he beat me.  Same distance.  The student has become the master.  I must watch my back.

We continued to shoot.  But soon, he was faltering.  Missing the target completely.  I gave him a few pointers on stance and anchor points.  I was trying to be calm, and not have any harshness in my voice.  He started to become upset because he was doing poorly.  He was losing patience.  To which my response was to lose my patience. I was trying to help him become better, and he wasn't listening to me.  He was shooting to fast, his stance was terrible, his draw was weak.  He was falling apart.  I lost my patience.  I was upset that he was getting upset and letting it interfere with his shooting.  I made him sit down to calm down.

I should have done this much earlier.  The timeout was needed, not just for him, but for me.  After a few seconds, I realized I had to be better than my son.  I had to be his patience and my own.

Archery is not really about hitting the bullseye or being better than the next guy.  Now that may be the goal in competition or hunting, but at the heart of archery is competition with yourself.  Can I do better than my last shot?  Can I hit the same area twice?  Can I hold the bow still enough to reproduce a perfect shot?  There are many facets and micro-corrections you must make before you release the arrow.  And archery can be relaxing.  Calming yourself and breathing correctly so that next shot is so smooth, you barely feel it leave your bow.  The arrow is an extension of you. It is a literal exercise of letting go.  Something we should all practice.

In that, I must be better than my son.  He will only learn patience if I have patience.  He will learn to be calm if I remain calm.  I have to be better.  Fatherhood is difficult because you have to handle two sets of emotions at once.  Your own and theirs.

I sat with my son and apologized for losing my patience.  We discussed that archery is about having fun and enjoying the calming effect of shooting.  We talked about the importance of stance, and having the same anchor points, about being a statue when you shoot.  Some of that got through.  I have to remember that time and patience are the tools to improve; nothing happens overnight.  We shot some more, sometimes under my instruction, others under his own.  He was shooting better, but not to what he normally does.  It was visible that he was upset, but dealing with it on his own.  I elected not to get involved.  His brain was working on his emotions and he needed to do this part on his own.

We shot a few more rounds.  There were great shots, and not so great.  There were laughs and grumbles.  If he was allowed to curse, I'm sure there would have been a few.  But overall, his spirits were good.  He did not give up, he did not shut down.  It was important for him to keep going, and it was important for me to see that he is working through it because he cares.

I, on the other hand, need to practice archery more.  I missed a few times myself.  More importantly, I must practice being calm for him.  It can be easy to be angered when your child is failing at something you know they can do and do well.  In the back of our mind, our child's success is our success.  Anger is easy to access, and at times it's ok to be angry.  I tell him often, "It's ok to be angry, it's what you do with that anger that is important".  I should take my advice more frequently.

The sun was beginning to set below the tree line, and dusk slowly crept across the neighborhood.  We packed up with a few laughs.  I told him I was proud of him and that we have to keep practicing.  He went inside with a smile on his face. His attention was on his LEGO's and not pondering what he could have done better.  Tomorrow will be a new day with new opportunities.  I get another opportunity to be a better father. 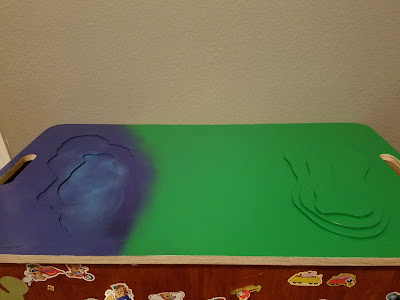 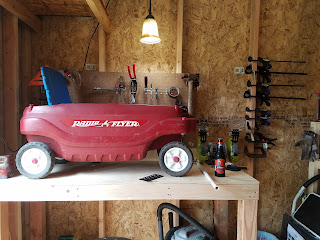 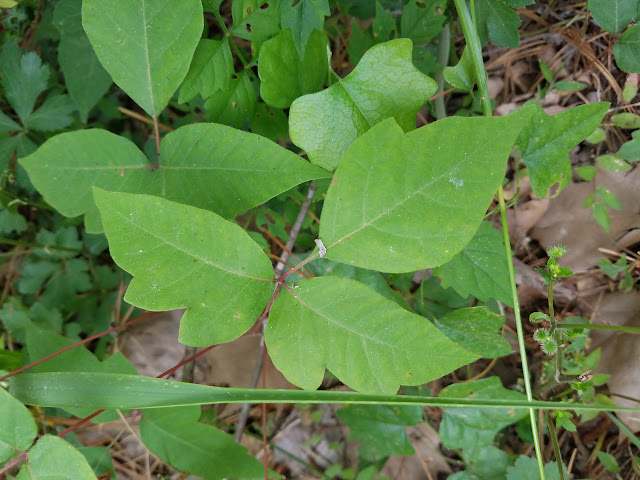